A young scientist from Tajikistan dreams of the Nobel Prize

Next participant of the project «Tajikistan: generation Next» Ulmas Zhumaev, a young chemist from Dushanbe, a researcher at the Max Planck Institute for Polymer Research in Germany.

He told «AP» about the importance of healthy competition in education, about combining scientific work and leisure, about meeting with Nobel laureates and about a second chance to be in their circles …

— I was born in the Tajik-speaking village of Shavgon in the Bukhara region (now the territory of Uzbekistan) in 1988. When I was one year old, my family moved to Dushanbe, as my father got a job in Tajikistan, while the remaining close relatives remained in Uzbekistan.

My father, Eraj Khaknazarovich, Honored Teacher of Informatics and Mathematics, worked and working at various universities in Dushanbe, including a branch of the Moscow State University and the Tajik National University. In addition, he for many years trained a team of students of the Tajik-Russian Gymnasium of the Boarding School (TRGI) «Hotam and PV» to participate in the International Olympiads in Informatics. 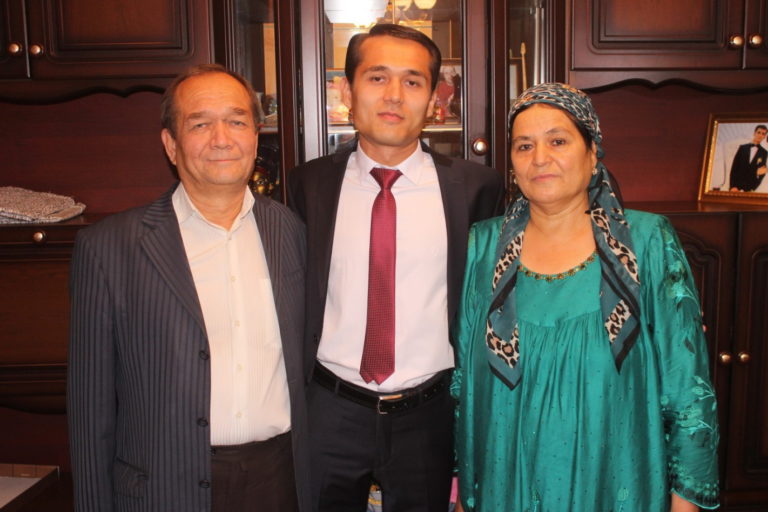 To feed his family he worked simultaneously in several places. His example of perseverance and diligence served me as one of the main motivating factors in achieving my goals. He always supported me and helped me in everything, for which I am very grateful.

But despite the fact that my father was a teacher, the main person who guided me in school was my mother, who worked as a seamstress. She is for me a model of selflessness and steadfastness. I remember how during the civil war shooting began in our district, and she ran to take me and the neighbor’s boy from the kindergarten to take us home. I feel mom’s care and feelings even now, being in another country thousands of miles away.

From mathematics to chemistry

— From the early years I liked mathematics most of all school subjects. In the 10th grade my dad sent me to the newly opened and still constructed TRGI, where I also took a great interest in computer science. These subjects attracted me with their strictness and consistency. 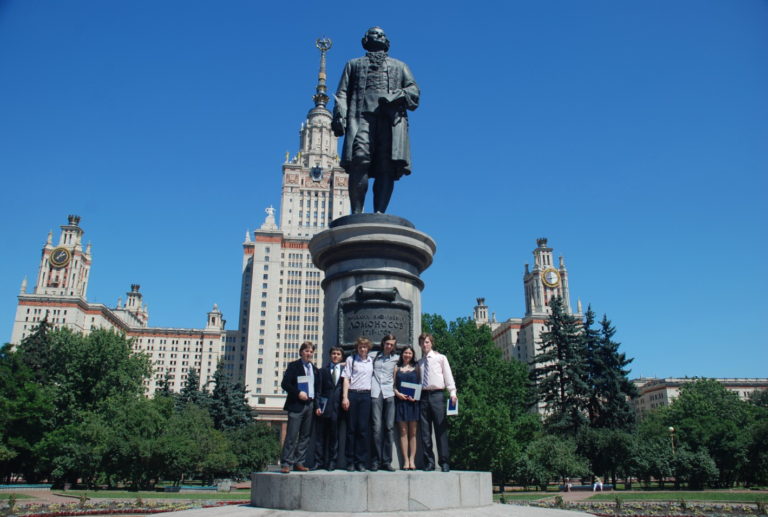 With classmates on the background of the Moscow State University. MV Lomonosov Moscow, June, 2010.

Among the students of TRGI there was a friendly atmosphere, but at the same time the air was charged with intellectual tension. When a difficult task appeared, each student sought to find the right solution first and explain it to others. Such a competitive spirit constantly encouraged us to self-development and the accumulation of new knowledge.

In my school years I participated in national olympiads in mathematics, computer science and physics. The main competition at the Olympiads for TRGI students was students from the Turkish Lyceum. Between the two schools there was a spirit of rivalry, and the teams of both resorted to clever methods to attract pupils and teachers from the competing camp. However, both sides benefited from such events, including students, because such an exchange of experience and knowledge had a positive impact on the educational program. In the future, more and more students from these schools began to enter the leading universities in CIS countries and abroad.

In the future, I then saw myself as a student at the Moscow Institute of Physics and Technology or MSTU. Bauman. But my plans were interrupted by the director of our gymnasium Abdufattoh Khotamov, a chemist by training. In grade 11, I stayed at home for a long time after the operation on my leg, and he sent me several books on chemistry. I read all these books, and I myself do not notice how I got on the International Mendeleev Olympiad of schoolchildren in chemistry, which that year (2005) was held in Dushanbe.

I did not take the prize place, however I was selected to the national team of Tajikistan for the 37th International Chemistry Olympiad in Taiwan. It was planned that our team would be prepared with the Russian team, and therefore we were in the hostel of Moscow State University during the entrance exams. Due to some circumstances, preparation did not happen at that time, and Abdufattoh Khotamov, being a practical man, decided not to waste time and sent us to take the entrance exams for the Moscow State University chemistry department, which were four: mathematics, physics, chemistry, Russian language and literature.

And then I was saved by mathematics, no matter how strange it sounded. I got the maximum score on this subject, which later became the decisive factor in my enrollment. So I became a student of the Faculty of Chemistry of Moscow State University.

— My knowledge of mathematics immediately sent me to a group specializing in physical chemistry. Gradually, I mastered experimental skills in various fields of chemistry, including instrumental methods of analysis and organic synthesis. Practical work on chemical synthesis introduced me to a whole spectrum of flavors: from the fruit fragrance of esters to the unbearably nasty, akin to the smell of rotten eggs, the stench of thiols.

Then I realized that if mathematics is the queen of sciences, then chemistry is the goddess of aromas. In the process of training, I began applying my mathematical knowledge to solve applied problems in chemistry. And now I understand that despite my love for mathematics, I would not change my choice of profession.

The move to Moscow was accompanied by many difficulties. It was hard to leave the parents, with the money the situation was also not very. But one of the most vivid impressions and shocks was the severe Russian winter …

For me, it was very strange that when you reach the fresh frosty air you can not breathe because your nostrils are simply stuck together. Since my finances at that time sang not just romances, but plaintive serenades, then my winter jacket, to put it mildly, did not correspond to the latest trend of fashion.

Because of my appearance, I often became the object of close attention of the police (at that time it was still called that way). But I did not bother with this attention, but watched with curiosity the bewilderment that appeared on the faces of the policemen when they found out that I was a student of Moscow State University. After experiencing my first real winter, I began to understand why the Russians sometimes say that this people is invincible. Still, such winters not everyone can shoulder, especially if it’s a resident of a warm country, such as sunny Tajikistan. 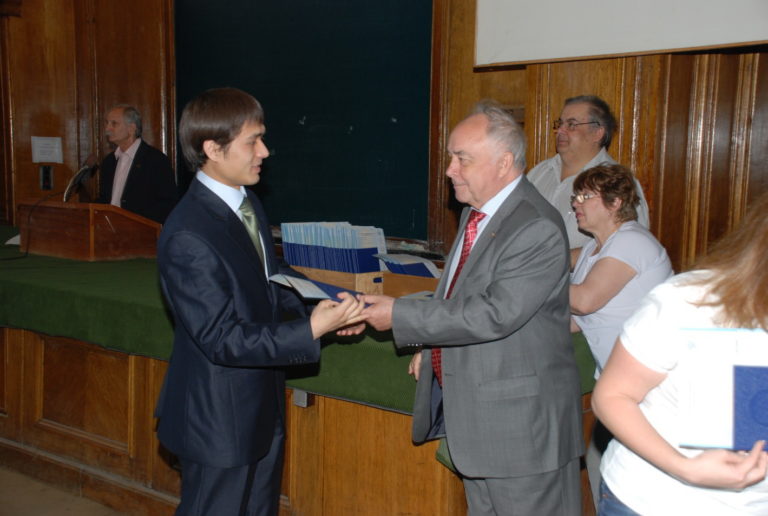 Graduation from Moscow State University. The diploma is presented by Dean of the Chemical Faculty, Academician of the Russian Academy of Sciences Valery V. Lunin, Moscow, June 2010.

A young scientist from Tajikistan dreams of the Nobel Prize